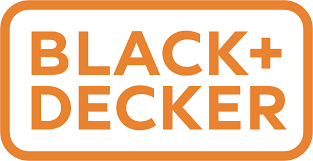 synonymous
with affordability and quality. They are headquartered in Towson, Maryland and are truly a self-
made brand and company that has stood the test of time. They were established in 1910 by S.
Duncan Black and Alonzo G. Decker. With hardly any money between the two of them they
scraped together what they could and started their business. They were considered to be a
small machine shop at the time with their first job being to manufacture milk bottle caps.
In 1912 they adopted the Hexagon logo symbol which was meant to symbolize a
hexagonal bolt found in machine shops. This logo was used from 1912 to 2014. In 1917 Black &amp;
Decker were able to invent and patent the first hand-held electric drill as well as open their first
factory. This was a serious turning point for the company. It was just two short years later that
the company reach over 1 million dollars in sales. In 1936 they officially became a publicly
traded company. Fast forward to March 12, 2010, they merged with Staley Works and became
Stanley, Black &amp; Decker. A few years later in 2017 the company then purchased Craftsman from
Sears and continued on their growth trajectory.
Today, you can see our quality selection of a black and decker oven on our website as
we are proud to offer a quality American brand. If you have any questions about their products
please feel free to reach out to us at any time. You can also browse our website for a great
selection.